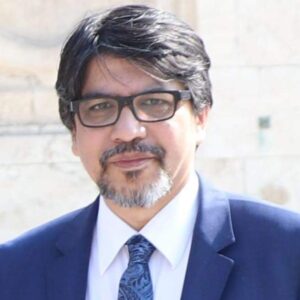 Ambassador Md. Jashim Uddin is a career diplomat. Born in Bangladesh on 13 December 1967, he obtained Bachelor in Social Science (Honours) and Masters in Social Sciences in International Relations from the University of Dhaka. He obtained an MA Degree in Modern International Studies from University of Leeds, UK. Ambassador Uddin also attended a yearlong course at the National Defence College in Dhaka.

Before his appointment as Bangladesh Ambassador to the People’s Republic of China, Ambassador Uddin was his country’s Ambassador to the state of Qatar from 2020-2022 and to the Hellenic Republic (Greece) from 2015-2020 with concurrent accreditation to the Republic of Malta and the Republic of Armenia. At the Ministry of Foreign Affairs, Dhaka he held various responsibilities including Director General (South Asia) and Director General (East Asia and Pacific). Mr. Uddin represented Bangladesh as part of his country’s delegations in different bilateral meetings.

He is married with two children.